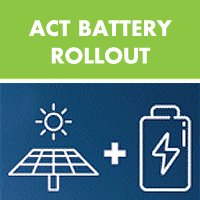 The program, which aims to see 5,000 energy storage systems installed by 2020, provides discounts of around $2900 for an average home battery system. Funding for the grants comes funding directly from the ACT’s large-scale renewable energy projects.

Those installing solar batteries under the scheme will be able to extract the most value from their solar power systems, but they won’t be the only ones to benefit.

” Storage will allow us to transition to much higher levels of renewable energy penetration in the grid and meet our target of 100% renewable electricity by 2020,” said ACT Minister for Climate Change and Sustainability Shane Rattenbury.

“By subsidising the rollout of these storage systems, we are helping to reduce peak demand on the network and preventing the need for additional network upgrades which come at a cost to the consumer. It’s estimated the ACT could save over $60 million in network costs through this rollout.” 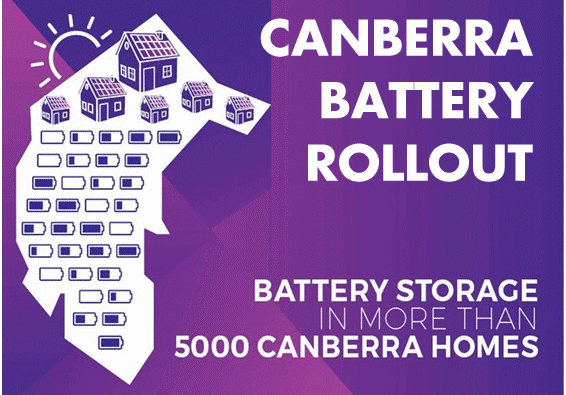 In comments made to The Canberra Times, the Minister stated  the data collected from the 5,000 solar batteries would represent one of the largest databases on home energy storage performance in a real-world environment – valuable information that will be of interest to researchers and others.

Energy Matters is among eight solar battery installation companies participating in the program.

In other news from Canberra,  Mugga Lane Solar Park on Canberra’s ‘solar highway’ officially opened last week. The clean energy facility is comprised of 48,000 solar panels and will generate electricity equivalent to the amount needed to supply 3,000 homes.

“The opening of Mugga Lane Solar Park is another significant milestone in the ACT’s progress towards 100% renewable electricity by 2020 and our goal of producing zero net greenhouse gas emissions no later than 2050,” said Minister Rattenbury.

There are now more than 174,000 solar panels associated with projects along Canberra’s solar highway.

Large scale solar has been rolled out in the Territory via a solar auction model; a process that has attracted attention around the world for its simplicity, effectiveness and value for money.

The ACT Government announced a target for net zero carbon emissions (carbon neutrality) in the Territory by 2050 in May last year.