Around one in five Australian households already have solar systems installed and this number increases every year. As consumers, we’re always looking to save more money on our rising energy bills, and the introduction of more sustainability awareness means we’re also more prone to caring about reducing our carbon footprint. 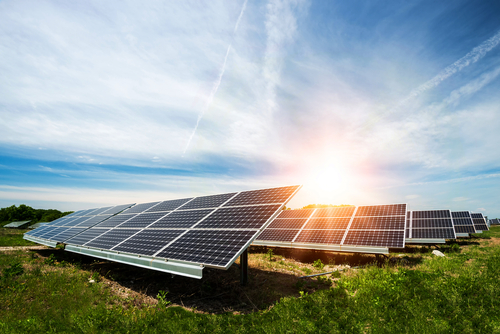 So with all the fuss about solar panels, sometimes understanding whether they’re still a sound economic choice in 2021 can be difficult to wrap our heads around.

The answer is an emphatic ‘yes’; with solar panel systems costing less today than they ever have, now is the perfect time to opt for an installation. Let us convince you a little more.

Solar prices continue to drop since the early 2000s

In the early days of renewable energy adoption, the prices made these solutions inaccessible and they were limited to those in the higher wage brackets. To get solar panels in Melbourne (or even Sydney) you were looking at anywhere between $5 and $10 per watt. That meant a major system was likely to cost you tens of thousands of dollars.

Since then, the prices have steadily come down. By 2012, the average was around $2.50 per watt. That inevitable brought solar systems into the affordable bracket for many households. By the end of 2020, the cost of solar was under $1 per watt.

Government rebate scheme let you save

The Federal Government’s small-scale technology certificates (STCs) have been highly popular and depending on your geographic location and other factors, you can get up to 40 per cent off the cost of the installation of your solar system altogether.

These certificates are paid directly to your installation company and they deliver the reduced rate to you. That means that the price is now under $1 per watt. You can also get around 40 per cent off that cost through the STC system, making the solution highly affordable.

In 2012, the absolute best rate of efficiency you could get from a solar panel was 17.8 per cent. That has been steadily improving, though, so any innovation you invest in these days is far more advanced.

What can we expect in the future?

The downward trend of prices on solar panel systems is expected to keep going as technology improves and the manufacturing process becomes more affordable. But the STC system is also shifting, with the Federal Government phasing it out through a system called the ‘deeming period’. This deeming period dicates how many STCs you are entitled to based on the expected life cycle of the solar system installed.

Every year until 2030, this deeming period is going to decline, which means less STCs available annually. While this sounds like a bad thing, it is in line with the expected drops in prices, so costs should remain relatively stable during this time.