A pro-solar energy group in Noosa, Queensland, is lobbying the local council to turn tourist dollars into rooftop solar.

Zero Emissions Noosa (ZEN) presented a proposal to Noosa Council to use $100,000 from its business tourism levy for rooftop solar.

ZEN wants panels installed on businesses in the Noosaville Industrial Estate. The estate has some 300 small to medium businesses.

However, ZEN president Vivien Griffin told Energy Matters the proposal was lodged too late for council to assess in this financial year. 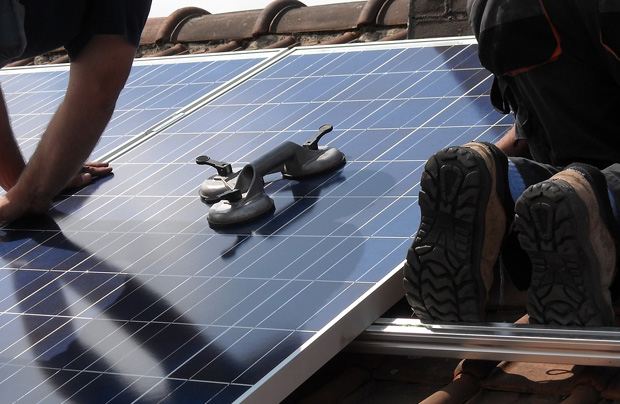 ZEN is behind a push for rooftop solar at a Noosa industrial estate.

“We think there are barriers to take up by business. We’re certainly interested in finding what those barriers are so we can overcome them.”

Only 10 per cent rooftop solar on businesses

ZEN viewed the area on Google and estimate that less than 10 per cent of businesses have rooftop solar.

Ms Griffin said ZEN would like to see an additional megawatt of solar on the estate roofs over the next 12 months.

She feels that one of the barriers could be that Noosa businesses don’t have time to investigate the ROI on solar installation. Leased premises are another likely obstacle.

However, Ms Griffin also pointed out that for the next 12 months there was still the incentive of 100 per cent depreciation for small business equipment purchases under $20,000.

“Investing in solar panels can help the business bottom line,” Ms Griffin said. “We’ve begun discussion to look at how much we can bring the price down with a bulk buy.

“We haven’t given up, this is a good project and we want to see it get off the ground. We see the project as future-proofing those businesses and getting them storage ready.

ZEN will contact Noosa businesses to gauge continuing interest in the concept. The other approach is to look at additional funding avenues.