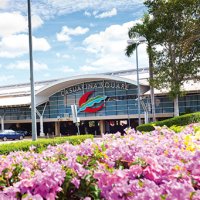 SunEdison Australia is providing engineering, procurement and construction (EPC) services for the project and installing in partnership with local company, Country Solar.

What will be Australia’s largest commercial solar rooftop installation is expected to be fully operational in November this year.

Casuarina Square has been serving the local community since 1973. The complex houses more than 190 stores and retailers, plus cinemas.

According to Energy Matters, the suburb of Casuarina receives significant solar irradiation levels; around 5.77 kilowatt hours on average per square metre each day. Currently, there 686 solar installations in Casuarina totaling 2734.52 kW capacity, so GPT Group’s project will provide a significant boost to the 0810 postcode’s collective tally.

Founded by Dick Dusseldorp as The General Property Trust in 1971, today GPT Group has more than 37,000 investors and $18.7 billion of assets under management.

Last week, the company was recognised for its sustainability efforts in the Dow Jones Sustainability Index (DJSI) for 2015/16; achieving the highest score among property companies globally in the ‘environmental dimension’ of the DJSI.

“GPT continues to minimise the environmental impact of the business, while also delivering better commercial outcomes for our customers and investors,” said GPT Head of Asset Management Matthew Faddy.

“Last year, GPT achieved $23.5 million in energy cost savings when compared to the energy intensity of our buildings in 2005.”

The Casuarina Square project will add to SunEdison Australia’s already impressive commercial solar portfolio. In 2014, the company installed more capacity in the 10-100kW range than any other installer in Australia.