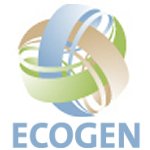 “It’s been an amazing week for our company,” says Energy Matters co-founder Max Sylvester. “Last weekend we were a winner at the 2010 Melbourne Awards, we were announced a finalist in two categories of the Port Phillip Business Excellence Awards a couple of days ago and now this news, which is fantastic. While all this recognition is great for the team’s morale, it’s also helping us to raise awareness about renewable energy and a further step in our  aim of empowering change in Australia’s energy future.”

Energy Matters is a finalist for the Award for Most Outstanding Clean Energy Project for its recent 200kW rooftop solar power system installation at Johnson & Johnson Medical’s North Ryde facility. The installation consists of 952 Sanyo HIT solar panels, SMA inverters and a SunLock solar panel mounting system. The project is one of the largest rooftop solar arrays in Australia.

Apollo Energy is a finalist in the Award for Most Outstanding Clean Energy Technology Innovation, for its SunLock mounting system. Designed by solar installers for installers and utilising custom built aluminium extrusions and components, SunLock greatly streamlines construction and improves frame strength in comparison to other systems.

The awards will be presented at the EcoGen 2010 Gala Dinner on Tuesday 7 September at the Sydney Convention And Exhibition Centre.