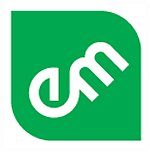 The report claims subsidising the installation of home solar power systems translated to a cost of over $1,000 per tonne of carbon abatement. The NSW government, still stinging from a backlash when it attempted to renege on contractual commitments with solar households, has seized on the report and demanded the end to what it claims are “very costly renewable energy programs”.

Mr. Rich says the Commission’s review of rooftop solar is based on far too narrow criteria.

“Good climate policy is about the cost of abatement but that is not the only criteria for success for all measures. Additionally, I’m still curious how as to how these incredibly high figures are calculated. Back in February when similar exaggerated figures were claimed by other sources, I gave an example based on a 1.5kW solar power system to demonstrate the cost of abatement is far, far lower ; even if you were to add in feed in tariffs on top of the figures I provided.”

In that example, Mr Rich said that an entry level system in New South Wales generates around 78 tonnes of carbon dioxide abatement over 25 years at a cost of $6200 in Solar Credits subsidies. This translates to a carbon abatement cost of approximately $80 per tonne. Given a rooftop array of solar panels will likely produce a similar benefit for years beyond that time frame, it drives the cost even lower. Mr Rich also noted that with rebates being reduced further as of next month, solar will become an even cheaper form of carbon abatement in terms of government subsidisation.

Mr. Rich says the initial cost impact of  Small-scale Technology Certificates (STC’s), otherwise known as Renewable Energy Certificates (RECs); upon which the Solar Credits scheme is based, is also part of the problem in how studies arrive at such inflated figures.

“Under the current system, electricity users are paying for 15 years of solar’s environmental and energy benefits up front. The solution is simple – ask network distributors to fund the cash flow difference between paying solar customers for the 15 year upfront value of STCs, and then charge electricity users over the proceeding 15 years instead of in one hit.”

Mr. Rich also says the continuing negativity from some corners in regard to solar in Australia risks turning investors away. “Multiple studies have been tabled, including from Australian Government’s climate change advisor, Professor Ross Garnaut, showing renewable energy’s contribution to electricity price rises is not the major culprit in those cost increases. Yet I will see the same studies being misinterpreted by some sections of the media who, for whatever reasons and motivations, are pointing the finger mainly at solar. How they make this leap is most puzzling and very unsettling as it is incorrect.”

A recent example Mr. Rich says is the report from the Australian Energy Market Commission (AEMC). Based on the AEMC’s projections of a national expected average of a 30% increase in electricity prices to 2012 – 13, renewable energy as a whole will only contribute around 4.5% to additional electricity costs. However, some media reports seem to have put a strong focus on the solar element rather than the major driver – increases in the costs of transmission and distribution.

Massive amounts of money are being poured into network upgrades to service peak demand; largely driven by the use of air-conditioners during the summer months. “Here’s again where rooftop solar power can be a saviour,” said Mr. Rich. “By creating the power closer the point of consumption, you decrease line loss, which can account for up to 10% of electricity generation – and line loss worsens in warm weather. Additionally, solar power systems would be generating the most power during times when the bulk of air-conditioning is being used. Rooftop solar has many other benefits – it’s the Internet of distributed electricity generation.”

For a nation where solar power is so popular among the public and in a country that claims to aspire to a clean energy future, Mr. Rich questions the motivations behind solar continually and unfairly being made a scapegoat.

“The era of cheap energy never really existed – we are all paying the piper now for the damage wrought by decades of taxpayer subsidised fossil fuel based electricity generation – and yet a technology that has created thousand of green jobs and plays a critical role in repairing the damage is being demonised?  It’s an astounding situation.”

“We learned yesterday that Google is pouring over a quarter of billion dollars into residential solar power in the USA. We want that sort of investment in Australia’s clean energy future, but we’re not going to see it while misinformation in media reports, studies that do not take a big-picture view and government flip-flopping on support for the sector continues,” said Mr. Rich.