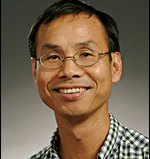 Researchers from the University of Florida (UF) say they have achieved a milestone 8 percent efficiency record for a prototype polymer solar panel which could finally enable roll-to-roll manufacturing of cheap thin-film solar cells.

Roll-to-roll production of thin-film solar panels is an idea that has been kicked around for a long time. We’ve reported on numerous breakthroughs in this area before, including a 2010 story on Konarka Technologies Inc. setting an 8.3 percent conversion efficiency record with their printable single junction solar cell.

Konarka aside – the company is almost alone in its particular field – low light-energy conversion rates in polymer solar cells have so far kept the roll-to-roll technique fairly low profile.

The UF team used a special zinc oxide polymer coating to reach the magical eight percent efficiency conversion mark, the point at which the solar cell actually becomes profitable to produce. At this level, they say it could be possible to mass-produce cheap photovoltaic sheets that can be integrated into the exterior of buildings, automobiles and even personal accessories such as handbags and jackets.

“Imagine making solar panels by a process that looks like printing newspaper roll to roll,” says Franky So, a UF professor in the department of materials science and engineering.

The team’s breakthrough came by successfully depositing the zinc oxide layer onto the prototype solar cell. This was accomplished by first mixing it with a polymer so it could be spread thinly across the device, and then removed the polymer by subjecting it to intense ultraviolet light.

John Reynolds, a UF professor of chemistry, says nano-thin layers on the surface of the solar cell create a highly efficient electron transport system that work together to synergistically harvest the sun’s energy.

“That’s where the real action is. The polymer blend creates the charges, and the zinc oxide layer delivers electrons to the outer circuit more efficiently.”

The UF team have created a private entity they call the SoRey Group. The team’s results will be sent to Denmark’s Risø National Laboratory, where researchers will test the prototype polymer solar cell in roll-to-roll manufacture processes.