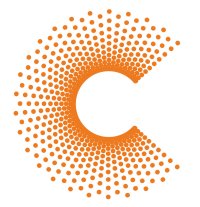 New analysis of 2014 investment levels in large scale renewables indicates Australia is squandering its opportunity to attract investment and jobs according to the Clean Energy Council.

The review of the Renewable Energy Target has still not been resolved and has undermined confidence in large-scale renewable energy projects said CEC Chief Executive Kane Thornton after the release of figures from  Bloomberg New Energy Finance show 2014 was a dismal year.

“Investment in large-scale renewable energy projects such as wind and solar farms last year was down 88 per cent to just $240 million – the worst levels we have seen for more than a decade. Australia’s renewable energy investment is now lagging behind countries such as Panama, Honduras and Myanmar.”

“Despite the review of the RET showing that the policy was working effectively and that costs for consumers would be higher if the target was reduced, the Federal Government appears determined to break its pre-election promise and push ahead with plans to radically slash the level of the target,” Mr Thornton said.

“This is spooking international investors who were attracted to Australia because of our world class wind, solar, hydro and bioenergy resources, and a strong renewable energy policy which had enjoyed bipartisan support for the past decade – including the lead-up to the last Federal Election.”

Bloomberg’s gloominess concerning large scale renewables in Australia was even more depressing than estimates published in November by the Climate Council. At that point, the Council said investment in renewable energy during 2014 in Australia has dropped by 70 percent compared with 2013.

Late in December, Industry Minister Ian Macfarlane warned power prices could increase if the future of Australia’s Renewable Energy Target was not settled.

In addition to the Federal Government’s anti-renewables actions, some state governments haven’t been helping.

The situation is particularly bad in Queensland, where there have been no new big solar power or large-scale renewable energy projects under the Newman government according to the Australian Solar Council.

Victoria had also actively discouraged renewable energy last year, to the point it was deemed to have the worst policy environment for renewables in the country according to a Climate Council study published in November 2014; which also ranked New South Wales last among the states for new per capita investment in renewable energy since 2001.