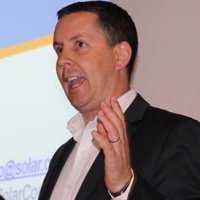 After the Abbott Government backflipped again on another Renewable Energy Target commitment last week, Labor has dug its heels in and said it will not support the latest Target level compromise if the gotchas remain.

One of the crucial elements of a compromise being agreed upon was the removal of 2 yearly reviews of the RET; something the Government had previously committed to.

However, it was one of the devils in the detail to re-emerge late last week after a 33,000 GWh hour target was agreed upon in principle.

Opposition environment spokesman Mark Butler said yesterday that continuing with the 2-yearly reviews was a deal-breaker.

“This deal cannot proceed unless the Government drops its reckless idea of re-establishing two-year reviews,” Mr Butler said according to ABC News.

“This question goes right to the heart of investor confidence. No investor will put money on the table if there is the possibility of being, in seven months time, in the same position we have found ourselves over the last 18 months.”

It’s no exaggeration – the impasse over the last year has seen investment in large scale renewables plummet and should this aspect be left in place; the commencement of the next review is just months away given this one has dragged on for so long.

Mr Grimes says Industry Minister Ian Macfarlane may need reminding of his earlier commitment, as recorded on the Minister and Parliamentary Secretary for the Department of Industry and Science web site.

The Australian Solar Council warns it will campaign in 20 marginal seats around the country if the Government does not withdraw its push for more RET reviews – and this isn’t an empty threat. The Council has been very effective in previous marginal seats campaigns.

Each day that passes after this latest upset means investor confidence is further eroded and investor dollars are lost; a situation the industry – and the government – are keenly aware of.

The ALP has also said it’s opposed to native wood waste burning as part of the RET, another nasty surprise to pop up in the Government’s amended stance last week.