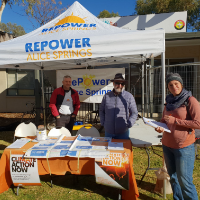 The majority of residents are willing to pay for Alice Springs solar farms to get lower energy prices, according to an independent survey.

Community solar group RePower Alice Springs says more than 80 per cent of 542 residents surveyed are willing to put between $1,000 and $5,000 into investing in solar power infrastructure in the city in Australia’s desert heart.

This totals at least $850,000 and more than $3 million in investment interest, the group says.

Previously, RePower conducted a local solar survey in 2017. This showed three-quarters of 816 respondents wanting 70 to 100 per cent solar for Alice Springs by 2030.

The Northern Territory government has set a target of 50 per cent renewable power by that date. 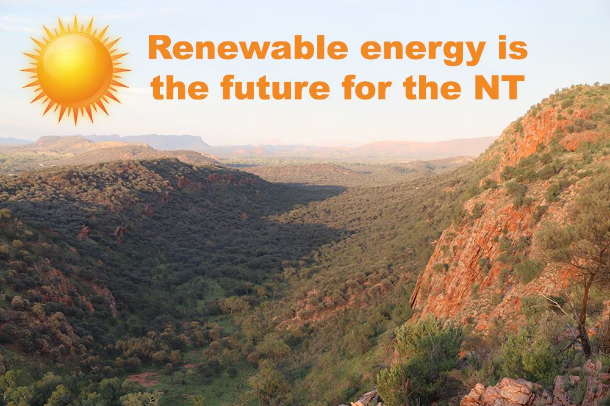 Despite its ever-present sunshine, the NT is Australia’s poor relation when it comes to solar uptake. Only 10 per cent of the population had solar installations in 2016 as reported by ABC News. This compares to more than 30 per cent for Queensland and South Australia.

Today, according to the PV Institute only 3.9 per cent of households have solar power in Alice’s state electorate. This is based on Clean Energy Regulator system registrations at 30 June 2018.

The plan shows little investment in renewable infrastructure, according to RePower’s Rosalie Schultz.

A high proportion of tenants and public housing have contributed to low NT solar uptake, according to NT government advisor Alan Langworthy.

However, tenants are starting to favour properties with solar power he told ABC News.

Around 90 per cent energy in the NT is supplied by natural gas. Territory energy prices are therefore higher than the rest of Australia. Yet the government has just approved development of a $40 million, 25 MW solar panel plant near Katharine.

In 2017 the government announced plans for the Alice Springs Energy Storage Project. This will create 5 MW of battery storage.