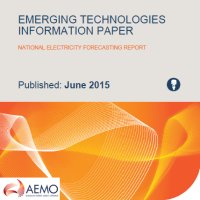 While acknowledging it had limited data to work with, the AEMO sees battery storage to be particularly popular in New South Wales and Victoria.

“Victoria currently has a time-of-use tariff structure that incentivises the uptake of battery storage, as households are able to use electricity from the battery during peak times. As such, Victoria has the highest installed battery capacity by the end of the forecast period,”  said AEMO Managing Director and Chief Executive Officer, Matt Zema.

“In New South Wales, the combination of the tariff structure and average household daily demand profile provides an economic incentive for consumers to install rooftop PV and battery storage. By the end of the outlook period, New South Wales is forecast to have the largest percentage of installed rooftop PV (72%) that is integrated with battery storage,” stated Mr. Zema.

New South Wales is forecast to have 2,482 MWh of storage by the end of the forecast period. For the other states in the National Electricity Market (NEM): Queensland, 2,046 MWh, South Australia 484 MWh and Tasmania, 196 MWh by 2035.

AEMO’s total for the NEM comes to 7982 MWh installed by that year.

However, the AEMO report points out the study did not consider the economics of retrofitting residential battery storage. Existing solar home owners could be another big market and according to Energy Matters, the number of current solar customers who have registered interest in home energy storage seems to confirm this. The study also doesn’t take into account the potential for commercial scale storage.

The AEMO has also taken a stab at forecasting the uptake of electric vehicles.

“In the absence of policy incentives, we expect the uptake of electric vehicles to remain low, with 524,775 electric vehicles forecast to be in the NEM by 2034–35, representing a 0.54% increase on residential and commercial consumption forecasts for the same year.”