January 2018 was a bumper month for Australian solar installations, according to the latest Renewable Energy Index.

In addition, combined solar projects for January passed the 10,000 job mark. This will result in predicted savings of $197 million in power bills for households and businesses installing rooftop solar.

As solar installations increase, costs subsequently fall in developed countries around the world. This was also noted by the International Renewable Energy Agency in its January 2018 report.

As the Renewable Energy Index shows, solar energy from large-scale and household projects is now a significant Australian power source. 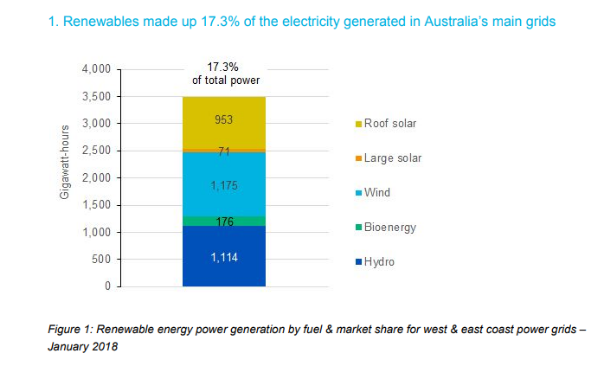 According to the index, renewable energy produced in January also reduced carbon pollution across Australia. The amount was equivalent to removing 9 million cars from the road. This equals almost two-thirds of all Australian cars.

Total renewable power was equal to 17.3% of power consumed across main east and west coast electricity grids. This is the power consumption equivalent of 8.5 million homes.