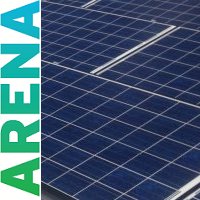 The Australian Renewable Energy Agency (ARENA) has announced it is providing $22.8 million to support the construction of Barcaldine Regional Community Solar Farm.

The potential for adding battery storage will also be examined.

” This could allow the solar plant to work in tandem with the existing gas plant during a line outage, operating as an ‘island’ network independent to the main grid,” said Mr. Frischknecht.

Some of the knowledge gained through the project will be shared with the broader energy industry.

Barcaldine Regional Community Solar Farm will also provide significant benefit to the region, with up to 175 jobs expected to be created during construction.

“It’s going to be a real shot in the arm for the community and other communities where contractors are coming from outside of Barcaldine,” said the town’s mayor, Rob Chandler.

The facility will also reduce peak demand pressures and provide voltage control, resulting in a more robust electricity supply to the Barcaldine region.

The Clean Energy Finance Corporation has also committed $20 million in debt finance towards the $67 million project; which is expected to be completed in April 2017.

According to Energy Matters, Barcaldine receives solar irradiation levels of around 6.12 kilowatt hours per square metre daily. There are currently 128 solar power systems in Barcaldine‘s postcode.

ARENA was established in 2012 to improve the competitiveness of renewable energy technologies and increase the supply of renewables in Australia.

In other recent ARENA news, the agency announced it is providing up to $892,000 to support CSIRO to develop and apply guidelines for assessing the performance of perovskite solar cells.