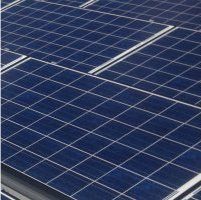 Two of the biggest solar farms Australia has seen so far are planned for Balranald in rural NSW.

The 255 MW Sunraysia Solar Farm is due to begin construction shortly. The $350 million project should generate enough energy to power around 50,000 homes.

As reported by ABC News, half of Sunraysia’s output will supply power generator and retailer AGL. A quarter will feed Sydney’s University of New South Wales, with the remainder in to the national grid.

The Limondale solar plant should reach full operation in the mid-2020s. Construction of the Sunraysia solar installation should be complete by the first half of 2020.

However, Energy Networks Australia (ENA) is raising a red flag over renewable growth in Balranald and nearby areas lining the Murray River. The issue is whether distribution infrastructure can meet increased energy generation.

ENA Chief Executive Andrew Dillon says the Australian Energy Market Operator (AEMO) is now investigating possible upgrades to the grid. This would ensure it can accommodate the rapid growth of renewable energy.

It is therefore a priority to integrate the Red Cliffs integrator near Mildura. This will strengthen the interconnection between Victoria and NSW.

Dillon says investors will look elsewhere if necessary network upgrades do not eventuate.

Because of this, the NSW government is developing a transmission infrastructure strategy. This will then build on AEMO’s recently released integrated system plan.

NSW is not the only solar farm ‘hot spot’ in the country, however.

Meanwhile, three major solar projects in Victoria will help the state meet its target of 40 per cent renewables by 2025. Mildura, Echuca and Shepparton will host the solar farms.

Further south, Tasmania’s Wesley Vale Solar Farm should generate up to 25,600 MWh of electricity annually. This is enough to power 2,900 homes.