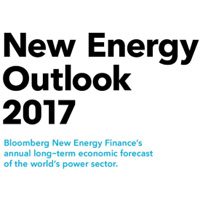 Bloomberg’s New Energy Outlook 2017 (NEO) report says renewable energy generation will account for a third of the world’s power by 2040.

The NEO outlook says wind and solar will account for 48% of installed capacity and 34% of electricity generation world-wide by 2040. It compares this to just 12% and 5% respectively in use today.

The report says Australia’s electricity grid will be one of the most decentralised in the world.

Rooftop PV and batteries play a major role by 2040

By 2040 NEO predicts renewable energy reaching 74% penetration in Germany, 38% in the US, 55% in China and 49% in India. Batteries and new sources of flexibility will “bolster the reach of renewables”. 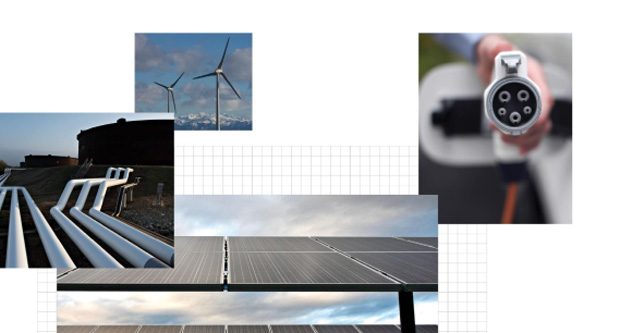 Consumer-driven PV will play a significant role in the power sector. By 2040, the rooftop solar share of electricity generation will be:

Battery storage will also contribute to the dominance of renewables in the future. NEO predicts that batteries in consumer PV systems will account for 57% of storage capacity worldwide by 2040.

Meanwhile, lithium-ion batteries for energy storage will become a $20 billion per year market by 2040 – beating today’s use by a factor of ten.

Investment in renewables will drive down cost

By 2030, NEO says wind and PV will be undercutting coal, hastening its decline: “Only 35% of new coal power plants that are in planning ever get built.”