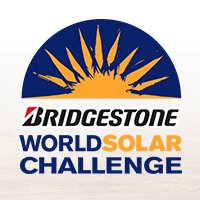 The World Solar Challenge runs 3,000kms from Darwin to Adelaide

The countdown to this year’s World Solar Challenge has officially begun. A record number of Australian teams have signed up to compete in the ‘world’s most exciting solar car event’.

The solar car teams will drive from Darwin along the Stuart Highway to Port Augusta, then via Highway 1 to Adelaide.

Each car is allowed a nominal 5 kW of energy storage. Otherwise, they must rely on solar power and kinetic energy to traverse the 3,000 km desert journey.

In 2017, the BWSC celebrated its 30th anniversary. That year, elite Dutch team Nuon – now rebadged Vattenfall – took the chequered flag in the Challenger class, ahead of compatriots Team Twente.

It’s hoped an Australian entry will this year finally beat the dominant Dutch.

The Dutch champions Vattenfall Solar have won the Challenger class in all but two events since 2001.

Australia’s best chance for line honours will come in the Cruiser class of the BWSC.

In 2017, the winner carried an average of three people over 3000 km using less than 46 kWh of electricity. This equates to a total energy cost of $4.70 per person over the journey.

For the first time, competitors will also pitch innovative solar and smart grid technologies to a panel of international experts. These technologies will then inform future direction in the solar industry, and include:

Winning teams will pitch their ideas to a panel of judges in Adelaide on October 19.