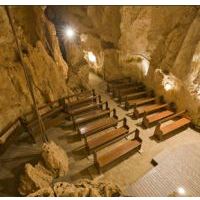 A project to relight the historic Capricorn Caves in Central Queensland was officially unveiled last week – and this time the caves are being lit up courtesy of solar power.

The $300,000 project, which began in May 2013, saw old hot tungsten bulb lighting from the 1960’s replaced with LED technology running off solar panels. The lighting system is now also fully computerised.

Federal Member for Capricornia, Michelle Landry, said the project would be significant for local tourism.

“As the first cave in Australia to run lights off solar power – it will provide a template for other cave managers from around the world and is expected to attract more tourists to our local region,” she said.

The project was completed with the support of a $150,000 Federal Government grant.

The operators of the Caves have harnessed the sun for lighting before, but in a very different way. Due to the Caves’ location, the sun lights one of the limestone chambers, ‘The Belfry’,  from December to mid-January. Mirrored balls and brightly coloured materials are used to further illuminate the cave. 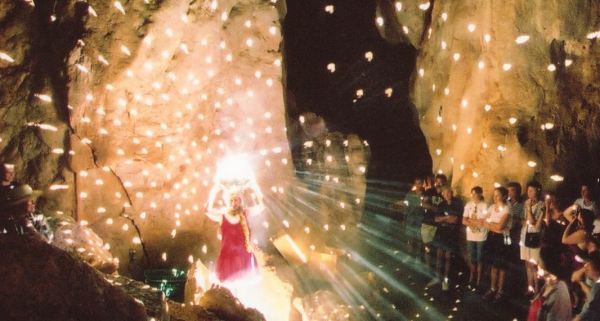 The region where the caves are situated was submerged many millions of years ago. The shallow seas became home to corals, which then formed limestone. Movements in the earth pushed the region up out of the ocean and further violent geological events created cracks in the limestone, which were then eroded by underground water and subsequently formed the cave system.

The Caves were first discovered by Europeans in 1882 – by Norwegian migrant John Olsen.

One of the largest privately owned cave systems in Australia, Capricorn Caves facility also holds an ecotourism certification. The operators have implemented many environmentally friendly practices, including the harvesting of rainwater, recycling and only building on degraded sites.

All materials used in construction of various buildings are sourced locally from renewable sources.

Capricorn Caves is located 23 kilometres north of Rockhampton. The facility also features accommodation and caters to events such as weddings and conferences.