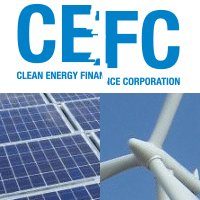 The Abbott Government’s directive for the Clean Energy Finance Corporation to stop funding wind energy and some solar projects has captured attention around the world.

As we reported yesterday, initial reactions from Labor and the Australian Solar Council were less than supportive. The trickle of criticism since then has grown into a torrent and those outside our shores must be wondering what the hell is going on in Australia, a nation blessed with massive solar and wind resources.

Chris Berg, a Research Fellow with the Institute of Public Affairs and ABC Drum columnist claims the move is not a war on wind, MP’s are just doing their job.

However, Victoria McKenzie-McHarg, the Australian Conservation Foundation’s climate change program manager, points out the CEFC is just doing theirs. Ms. McHarg says the Abbot Government directives are in opposition to the CEFC’s stated mandate; which is to “facilitate increased flows of finance into the clean energy sector”.

“The CEFC focuses on projects and technologies at the later stages of development which have a positive expected rate of return and have the capacity to service and repay capital.”

While the Government is within its rights to issue directives, these must be in harmony with the CEFC’s primary function.

The Government is saying the CEFC should concentrate on “new, innovative and emerging technologies”, but that is the Australian Renewable Agency (ARENA’s) role – to create and support renewable energy technology innovation.

Perhaps the directive was misaddressed and sent to the wrong agency? Unfortunately not – and ARENA is in the crosshairs anyway. The government has failed to axe both agencies; but it hasn’t stopped it from attempting to disrupt their activities.

Some commentators seem a little confused about the CEFC’s function – it is not a charity, it does not provide handouts. It invests and expects significant returns on its investments. To date, it has reportedly achieved this; returning more than a $1 profit for the government for every $1 invested.

Tasmania’s Opposition spokesman David Llewellyn said, “It just shows how out of touch Tony Abbott is in regard to renewable energy when he just dismisses the question of one of our major sources of renewable energy, wind generation.”

Greens senator Scott Ludlam has described the move as “an extremely vindictive form of industrial sabotage”.

Business Spectator’s Tristan Edis on the directives: “This leaves them with (CEFC) a whole bunch of clean energy options that don’t make money and/or are highly risky. Which, by the way, the CEFC couldn’t actually fund because this would breach the government’s investment mandate that the organisation generate returns in excess of 7% per annum, and keep risks low.”

The Age Editorial: “You might think a government that espouses free-market ideals, innovation and modernisation would embrace the Clean Energy Finance Corporation and its efforts to identify commercially viable, sustainable energy technologies. But when it comes to the Abbott government, you would be very wrong.”

Opposition environment spokesman Mark Butler: “What we see now is Tony Abbott trying to nobble this corporation for his own ideological purposes.”

Professor Samantha Hepburn, Faculty of Business and Law at Deakin University, says the government may have breached its obligations under the corporation’s legislation.

…  and on it goes … but even with massive community support for wind and solar in Australia, where and when the government’s anti-renewables insanity will stop, nobody knows.

RenewEconomy’s Giles Parkinson fears “Abbott’s COALition war on wind and solar will never stop”. Mr. Parkinson points to warning three years ago from Bernie Fraser, the former RBA governor and chair of the Climate Change Authority, that an Abbott government would be beholden to fossil fuel interests.

The CEFC has been rather quiet about the situation, but has confirmed that it’s seeking advice on the Federal Government’s directive on what it can and can’t finance.