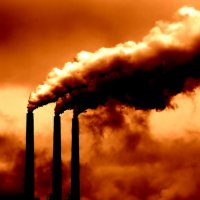 Two down, one to go. Another company has pulled out of Victoria’s Advanced Lignite Demonstration Program – and it seems the last one standing is behind on milestones.

ABC News reports a local firm has followed Chinese company Shanghai Electric in bowing out from the initiative.

Among other goals, the  Advanced Lignite Demonstration Program was meant to find ways to reduce the greenhouse gas emissions associated with burning lignite (brown coal – the filthiest of fossil fuels) for power generation.

Other outcomes for the projects included the development of synthetic crude and upgraded coal for blast furnaces.

Dozens of companies vied for tens of millions of dollars of taxpayer funding, split 50:50 between the state and federal government, with only three being approved to carry out projects.

Given the track record of the program, Environment Victoria says enough is enough.

“With news of Hazelwood’s imminent closure, both the state and federal governments need to urgently invest in the long-term future of the Latrobe Valley, not in brown coal pipe dreams,” said Environment Victoria Campaigns Manager Dr Nicholas Aberle. Dr. Aberle was referring to Hazelwood power station – one of the heaviest carbon-polluting electricity generators in the world.

“Both federal and state governments should pull the plug on these go-nowhere coal projects, and put the money towards a Hazelwood closure transition fund.”

A Reachtel poll commissioned by Environment Victoria earlier this year revealed more than three quarters of Victorians would support a government plan to phase out Hazelwood.

“Leaving the timing of power station closure to the market risks leaving communities in the lurch. A responsible government should have a plan to phase out our oldest and dirtiest power stations and build new clean energy,” said Environment Victoria CEO Mark Wakeham late last month.

Greens spokesperson Ellen Sandell questioned why government was giving what she called a “lifeline to dead-end coal projects” rather than putting dollars  into clean industries in Latrobe Valley; including renewable energy.

Early this year, a coalition of hundreds of health professionals called for a timeframe for shutting down coal fired power generation facilities in the Latrobe Valley; stating a planned transition to clean energy sources such as wind and solar power was needed.