This is because the inertia of a spinning turbine can ‘ride through’ shocks to the system, and maintain a steady frequency.

“It’s fair to say that grid operators have taken this inertia service for granted to date,” the paper states.

“Because our grids were originally designed around these traditional solutions, it has been assumed that inertia is always sufficient.”

However, many of Australia’s coal and gas power stations are now past retirement age. 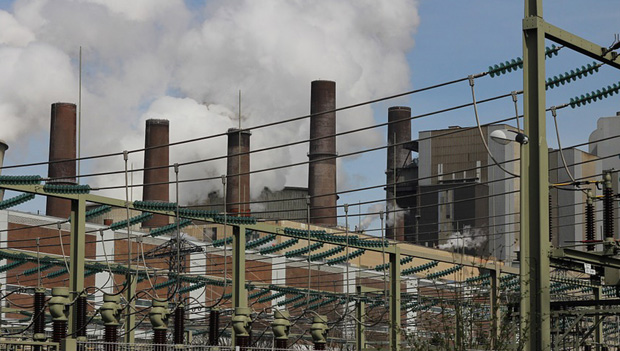 A modern way to sustain our 50 Hz supply electricity power grid must be found. Image: Pixabay

“New wind, solar and storage technologies are ready to play a role in this transformation,” the paper claims.

“But the market and its rules and regulations have to move with the times.”

Wind power and battery storage have successfully provided rapid frequency response in other countries to support the inertia in the power system.

“The Clean Energy Council believes this technology will need to play an integral role to support Australia’s energy system in the 21st century,” the paper states.

Revolving wind turbines have inertia, which could arrest frequency change if correctly tapped into.

However, solar energy could also contribute inertia in a modernised system.

“As with wind turbines, both solar PV and energy storage inverters are decoupled from the grid frequency,” the paper states.

“These are static devices which have no rotating parts from which extra energy can be drawn when needed.”

Power grid could be helped by solar inverters

However, the paper says solar power inverters could be used to inject or absorb power into the grid.

This would have the effect of holding the frequency at the required 50 Hz level.

“Recent work by the Australian Energy Market Operator has identified the potential for these devices to provide support during frequency disturbances,” the paper states.