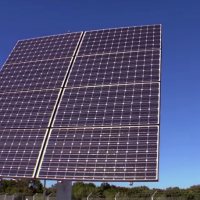 President Obama has taken the wrappers off the U.S. Environmental Protection Agency’s (EPA’s) Clean Power Plan, which seeks to reduce carbon emissions from the nation’s power sector 32 percent below 2005 levels by 2030.

The Clean Power Plan will give a head start to wind and solar deployment and lead to 30% more renewable energy generation in 2030. It will also save households money – the  Clean Power Plan is projected to reduce the average American’s monthly electricity bill by 7% in 2030.

If the goals of the Plan are achieved, the net public health and climate-related benefits are estimated to be worth USD $45 billion every year.

The US solar industry has welcomed the plan.

“Solar energy is the most sensible compliance option for states under the Clean Power Plan,”  said Rhone Resch, president and CEO of the Solar Energy Industries Association (SEIA).

“Solar works in all 50 states, has zero carbon emissions, creates more jobs per megawatt (MW) than any other technology, and can be deployed cost-effectively and quickly – all while improving grid reliability.”

Hundreds of businesses and investors have also shown their support for the Clean Power Plan in a CERES letter to the National Governors Association. Signatories include eBay, General Mills Inc., Levi Strauss & Co, Mars Inc. and SunEdison.

President Obama has urged all Americans to get behind the plan.

While there is already significant support for the Clean Power Plan, there will also be stiff opposition. It will come as no shock that among the dissenters are the coal and gas sectors.

“Over the next few days we will hear the same tired old plays from the old special interests playbook,” said Gina McCarthy, the EPA’s administrator. However, Ms. McCarthy believes the agency is on strong legal grounds for defending the Plan.

While President Obama has been in office, the U.S. has increased solar power generation by more than twenty-fold and tripled electricity production from wind power.

A fact sheet on the Clean Power Plan can be viewed here.