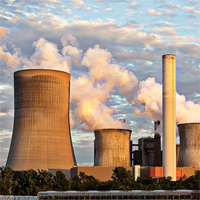 Electricity generation is the largest single contributor to total emissions, CER’s annual ‘National Greenhouse and Energy Reporting‘ data shows. It makes up half (50.3 per cent) of all reported scope 1 emissions – up from 49.7 per cent the previous year.

The full picture: Emissions are growing

‘Scope 1’ greenhouse gas emissions are those resulting directly from a company’s activities. In this case, burning coal to make electricity.

However, the overall rate of growth in scope 1 emissions has slowed.

Increased emissions are largely due to growth in the liquefied natural gas (LNG) sector, oil and gas production and coal mining. Yet this was offset by a fall in emissions of 6.8 million tonnes in the electricity sector due to:

As reported by the Sydney Morning Herald, AGL remains the largest carbon emitter in the country. Emitting a massive 43.1 million tonnes, AGL has, however, reduced its overall emissions by 200,000 tonnes over the previous year.

AGL owns the Bayswater and Liddell coal-fired plants in the NSW Hunter Valley. It also owns Loy Yang A in Victoria’s Latrobe Valley. Liddell is due to close in 2022, which will cut around 14 million annual tonnes of emissions.

Yet the Organisation for Economic Co-operation and Development (OECD) claims Australia has one of the highest rates of non-renewable energy use among its 36 member countries. That’s in spite of a boom in solar energy and battery storage.

Its Environmental Performance Report of Australia also found emissions are more likely to rise rather than fall without intervention. While coal-based energy companies are transitioning to other sources, Australia’s massive population growth means that demand is increasing for energy overall.