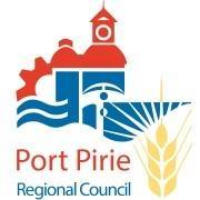 An innovative bulk-buy solar scheme is helping low-income residents in the South Australian town of Port Pirie buy solar power systems. The program was set up by the area’s local government authorities.

Port Pirie Regional Council wanted a home solar installation that residents of the area could pay off over four years at no more than $20 per week.

As ABC News reports, more than half of the city’s population relies on government benefits. The community used collective buying power to get bargain prices.

The scheme began when Council put out a tender for local businesses. Low prices were critical to help vulnerable members of the community. The average weekly income of Port Pirie residents was $500 at the last census.

The scheme would therefore only be viable if Council serviced large numbers of residents.

Fortunately, Council received 800 community expressions of interest. As a result the program is cost-effective. Residents can repay quality solar installations over four years for the cost of an average electricity bill or lower.

Locals can now look forward to free energy when the four-year repayment period is up.

For example, residents Gordon and Lorraine Williams told the ABC their electricity bill has already nearly halved under the bulk-buy solar scheme.

Meanwhile, Port Pirie Regional Council’s director James Holyman will monitor data from the trial. Around 300 solar panel systems should be installed by the start of 2019.

Holyman says baseline data could then be used to help councils around Australia roll out similar schemes.

Adelaide University is also assessing the feasibility of a community microgrid. This could make Port Pirie independent of the main power grid.

As well is this bulk-buy solar scheme, South Australia is also trialling other community based renewable schemes.

The councils want to leverage the region’s collective buying power. They can then offer residents and businesses lower power bills.

The Fleurieu Peninsula trial is likely to feature solar panels and solar battery storage. But no matter where you are, home batteries like the Tesla Powerwall 2 can slash electricity bills by storing energy for future use.

Find out more about council bulk-buy opportunities in your area here.