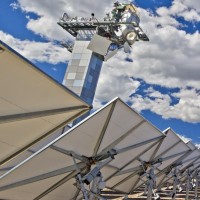 In an agreement struck between CSIRO and China’s Thermal Focus, Thermal focus will be licensed to manufacture, market, sell and install CSIRO’s low cost heliostats and related design and control software in China.

The licensing agreement will be announced today at the Asia-Pacific Solar Research Conference, being held at the Australian National University.

A heliostat is a special mirror, often computer controlled, that reflects and concentrates sunlight onto a central receiver situated on top of a tower. The focused solar energy can be used to heat and store hot molten salt, which is used to generate steam to drive a turbine for electricity generation. The molten salt acts as a battery, enabling solar power generation when conditions aren’t favourable and during the night.

CSIRO’s  heliostat design has a smaller footprint than conventional heliostats and uses an advanced control system to maximise the amount of power that can be generated. As up to 40 per cent of total concentrating solar thermal (CST) plant cost is the heliostat field, low cost and high-efficiency heliostats are a sought-after product. 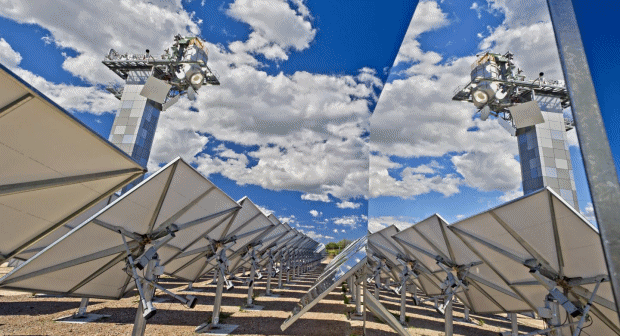 “Through this collaboration and our continued solar research, we will be helping to generate cleaner energy, cost savings and technology export benefits for Australia; all lowering global greenhouse gas emissions.”

Among other successful partnerships the CSIRO has established relating to CST is one with Heliostat SA; a South Australian company.