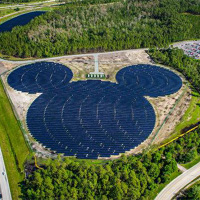 The Disney company is seeking to enhance its reputation as an environmentally-sensitive business by developing a massive solar installation in Florida. The Disney solar facility won’t be used to power the entertainment giant’s resort, however, but to feed into the local electricity grid.

The theme parks are located just outside Orlando, in Orange County in central Florida.

The Sydney Morning Herald reports the company has created a 50 MW solar facility near Disney’s Animal Kingdom that consists of more than half a million solar panels. 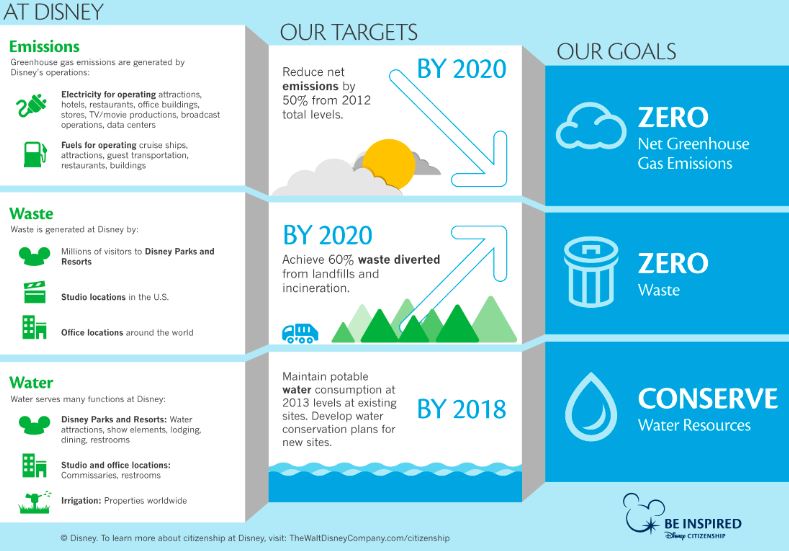 The solar farm has the capacity to:

It should also help cement the company’s brand image as a socially and environmentally responsible global citizen.

The giant solar power facility forms just one part of Disney’s overall sustainability plan. The company commitment to “environmental stewardship” focuses on the sensitive and wise use of resources. It aims to achieve zero net carbon emissions long-term while reducing water use wherever possible.

Another goal of Disney’s environmental stewardship plan is to achieve zero waste output by 2020. It plans to do this by incorporating waste reduction into the design of products and facilities, and through recycling programs.

Disney is also involved in many sustainability and renewable energy projects across the globe. These include:

The company claims to have already reduced its global emissions by 41 per cent in 2017 – making the 50 per cent by 2020 target look very achievable.

Disney’s projects showcase just what installing solar panels can achieve. This includes not only lowering emissions of course but also potentially saving a packet on electricity bills – just what Mickey and Minnie need!