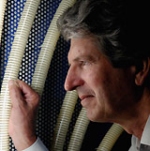 Some have hailed Professor Martin Green as the “father of photovoltaics”. That label has now been justified with Professor Green taking out the 2010 CSIRO Eureka Prize for Leadership in Science.

The prize names Green as the Global Leader in Solar Cell Technology, for his revolutionary work in advancing the limits of photovoltaic cell capacity and solar energy efficiency.

The Eureka Prize is presented each year by the Australian Museum and awards excellence in the fields of scientific research and innovation.

“While many innovations in alternative energy production remain experimental, Professor Green has had a real impact by taking this technology out of the laboratory and into the factory,” says Frank Howarth, Director of the Australian Museum.

As the world comes under increased threat from the effects of carbon emission-induced global warming, solar cell technology is recognised as one of the most effective forms of renewable energy available, thanks largely to the work of Green and those who have built on his work.

Founder of the ARC Photovoltaics Centre of Excellence at the University of NSW, Professor Green holds the world record for solar cell efficiency – 25%, a level thought to be impossible. His team is considered to be well ahead of its international competitors, many of whom began their work in the solar energy field at the Centre.

While Australia lags behind in the area of photovoltaic manufacture and export, many of the world’s leading solar photovoltaic cell entrepreneurs studied under Professor Green, including Dr Zhengrong Shi, dubbed the Sun King, who has commercialised solar cell technology in China on an unprecedented scale through his company Suntech.