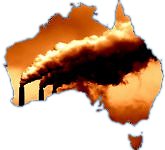 It’s been another tough few weeks for Australia’s solar power industry and supporters, with critics calling for the end or cutting of rebates and incentives for new connections – and the witch hunt has seen no reprieve during recent days.

Seizing on disputed reports that solar power is the main offender in electricity price rises, more politicians have recently revealed they have an axe to grind against households wanting to install rooftop solar power systems under current rebate and incentive arrangements.

These households are playing an important role in reducing the nation’s greenhouse gas emissions, creating local green jobs and helping to build a distributed clean energy generation system in Australia.

However, the anti-solar trend seems to be gaining momentum even though it has been shown solar power isn’t the main offender in skyrocketing electricity prices. Also missing from the criticism is any acknowledgement of the fact that solar subsidies are needed in part to offset the effects of the substantial subsidisation the fossil fuel industry currently enjoys; which is keeping carbon intensive energy sources artificially cheap.

One of the latest to add his voice to the revolt against small scale renewable energy uptake is Nationals Senator Ron Boswell from Queensland. In relation to the Solar Credits Scheme, he stated that the cost of the federal and state subsidies ultimately flows through the system to the broader community and that the government “has to scrap it, and scrap it quickly.”

In the ACT, home of what is now Australia’s most generous solar feed in tariff program, Opposition Leader Zed Seselja argued that the state’s scheme would negatively impact on Canberra families already under pressure from rising household bills.

With the future solar rebate and incentives in Australia continuing to look unstable, households looking to install a system may want to do so sooner rather than later to avoid a similar situation to what recently occurred in New South Wales.

Last month, feed in tariff rates for new connections in New South Wales were slashed with less than a day’s notice. The announcement saw solar companies flooded with calls from people wishing to beat the midnight deadline, with many not being able to get through and consequently thousands of NSW households missed out on acquiring a system under the more generous feed in tariff arrangement.

The recent scenario in New South Wales is by no means unique – similar shock announcements have been made in the past in regard to other solar power incentives. The ongoing instability has led national solar energy solutions provider Energy Matters to comment that the best time to acquire a solar power system is  always “right now”.