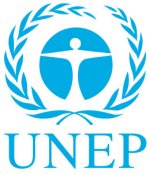 For the first time, developing countries overtook developed economies in capital spending on utility-scale renewable energy projects – $72 billion vs. $70 billion, due in part to massive wind farm production in China.

While large-scale renewable investment was down 22 percent in Europe over the reporting period, it proved a stellar year for small-scale distributed electricity generation systems, such as residential solar.

Despite cutbacks to feed-in tariffs in many countries this year, the report suggests a strong solar market in 2011 as the price of solar panels continue to fall.

A promising trend mentioned in the report is a sharp rise in investment into research and development of renewable energy technologies, climbing by 120 percent to $5 billion.

UNEP Executive Director Achim Steiner says that these R&D investments, when considered in the context of the global financial crisis, represent a major shift towards renewable energy posing a future “threat” to fossil fuel energy generation.

“The continuing growth in this core segment of the Green Economy is not happening by chance. The combination of government target-setting, policy support and stimulus funds is underpinning the renewable industry’s rise and bringing the much needed transformation of our global energy system within reach.”