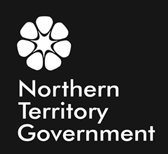 The hybrid system was constructed to reduce fossil fuel consumption used at the station. The 84 kW system includes a 40 kW solar panel array to minimize the amount of time the diesel generators need to be run. It is expected to slash diesel dependency by 70% and cut carbon emissions by 17 tonnes a year.

The station is the second in the park to be converted to a solar hybrid power supply, with Finke Gorge ranger station already running on a diesel and solar-powered system that stores surplus electricity generated in a bank of deep cycle batteries.

The Department will be monitoring results with view to rolling out more installations across other ranger stations as part of the Northern Territory government’s commitment to becoming carbon neutral by 2018.

Located about 450km southwest of Alice Springs, Watarrka National Park is home to Kings Canyon and incorporates the western end of the George Gill Range. The Park is one of the Territory’s most popular said Minister Hampton; attracting more than 200,000 visitors each year.

Within the suite of technologies, continual improvements are being made to further reduce diesel generator reliance. Last year, Marble Bar in Western Australia unveiled a world-first – a solar diesel power station that stores energy in flywheel “batteries”. The Pippunyah Solar Diesel Power Station project was supported by the Federal Government through the now defunct Renewable Remote Power Generation Program (RRPGP); which has been replaced by the Solar Credits scheme.