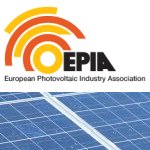 A new study conducted by the European Photovoltaic Industry Association (EPIA) has found that solar power will become cost competitive with fossil fuels in some markets by 2013, and reach total grid parity across Europe the end of this decade.

The report, “Solar Photovoltaics: Competing in the Energy Sector – On the road to competitiveness,” contains analysis of five markets – France, Germany, Italy, Spain and the UK – and shows that given favourable regulatory conditions and decreasing prices for solar panels, the cost of solar energy could potentially halve by the end of the decade.

According to EPIA President Ingmar Wilhelm, the rising cost of fossil fuels will continue to put downward pressure on PV prices.

“Already today, PV electricity is cheaper than many people think. In the coming years it is going to get even cheaper thanks to ever-improving technology and economies of scale. As the price of electricity from conventional sources increases, solar PV will be become a fully competitive part of the energy mix.”

The study states that by 2020, overall investment in solar PV generation will match that of traditional energy sources, with the value of revenues from solar power outweighing the costs associated with fossil fuel generation – particularly in Italy, where solar is expected to reach grid parity by 2013.

So far progressive European feed-in tariffs have provided the necessary financial buffer which has allowed PV electricity to compete with conventional energy. The report concludes that while regulatory and market support mechanisms must continue, as the competitiveness gap narrows, such schemes will eventually be phased out.

This scenario could occur even more rapidly if subsidies for other forms of energy were removed, leading to a truly level playing field in the European energy market, the report states.

The full EPIA report can be viewed here (PDF).