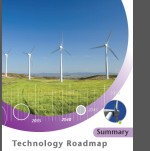 Wind power could become a major contributor in China’s energy future, rising to 17 percent of the nation’s overall electricity mix by 2050 from just one percent today.

The potential is detailed in a new report from the National Development and Reform Commission’s Energy Research Institute (NDRC ERI) and the International Energy Agency (IEA).

The "China Wind Energy Roadmap" outlines an ambitious blueprint for China install 1000 gigawatts (GW) of wind power by 2050. The resulting 1.5 gigaton cut in carbon dioxide emissions would be the equivalent of the combined emissions of France, Germany and Italy in 2009.

The report states that for the world’s most populous nation to meet soaring energy demand in the middle of this century, it must begin a process of gradually weaning itself off dependence on fossil fuels.

By increasing installed wind power capacity to 15GW by per year until 2020 – the year the Roadmap predicts the production cost of coal-fired power is expected to fall into line with wind energy, after which it is expected to get ever-cheaper – China’s cumulative wind capacity would rise to 200GW; up from 31GW today and meeting five percent of overall electricity needs. Over the next decade this quota would rise to 20GW per year, reaching a capacity of 400GW by 2030.

After that, the report says, deployment of land and offshore wind power must rise to 30GW per year, around half of all China’s annual installed energy capacity, reaching 1000GW in 2050 when it would hit 26 percent of all installed capacity, meeting 17% of total electricity production.

"By 2050, wind power could be one of the five largest power sources, alongside coal, hydro, solar and nuclear power. It will play a vital role in China’s energy supply and in our efforts to address climate change", said Mr. Wang Zhongying, Deputy Director-General of ERI, who launched the report at the China Wind Power conference.