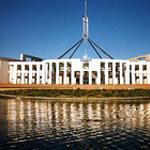 The passing of Australia’s Clean Energy legislation today in the Senate will result in the nation’s renewable energy sector, excluding hydro, to grow 18 times larger by 2050 than it is currently according to a Ministerial press release just received.

The joint release from Deputy Prime Minister and Treasurer Wayne Swan, Minister for Resources and Energy Martin Ferguson and Minister for Climate Change and Energy Efficiency Greg Combet says Australia will "see the biggest expansion in renewable energy in its history".

Part of the suite of initiatives in the legislation is the commercially-oriented Clean Energy Finance Corporation (CEFC), which will have $10 billion in funds available to invest in businesses seeking to get innovative clean energy proposals and technologies off the ground.

The Ministers state one of the most controversial aspects, the carbon tax from July 2012, "will create powerful economic incentives for further growth in renewable energy".

Another element is the creation of a new statutory body, the Australian Renewable Energy Agency (ARENA), which will administer $3.2 billion in Government support for research and development, demonstration and commercialisation of renewable energy technologies.

Under the Government’s reforms around $100 billion is expected to be invested through to 2050 in the renewable and "clean" energy sources of the future; with the latter including natural gas – a particularly sensitive topic at the moment given the controversy surrounding just how greenhouse gas emissions and generally environmentally friendly Coal Seam Gas (CSG) is.

The issue of the carbon tax continues to be a polarizing topic in the business sector and the wider community. While most Australian households will receive assistance, some may experience a nasty electric bill shock if any savings in the form of tax cuts is spent on items other than the increased cost of electricity and various goods and services impacted by the price on carbon.

Like it or hate it, the carbon tax will certainly make home solar power systems an even wiser investment.

A separate release from the Prime Minister’s office says treasury modelling shows the Gillard Government’s carbon price will see 1.6 million jobs created by 2020. It states the Clean Energy plan will cut carbon pollution by at least 160 million tonnes a year in 2020 – the equivalent to taking 45 million cars off the road.