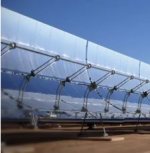 The World Bank has announced it will step in to help Morocco finance the 500 megawatt Ouarzazate Concentrated Solar Power (CSP) Plant, a project key to the country’s national Solar Power Plan of achieving 2000 megawatts (MW) of installed solar energy capacity by 2020.

The Bank’s Board of Executive Directors approved $297 million in loans for the solar farm, the first large-scale CSP facility of its kind in the region.

Ouarzazate is also the first step in the Middle East and North Africa Concentrated Solar Power Scale-up Program, a $750 million program established in 2009 to support the deployment of around one gigawatt of CSP generation capacity and a two-fold increase in worldwide capacity by 2020.

According to World Bank Group President, Robert B. Zoellick, North Africa’s enormous untapped reserves of solar energy could lead to job growth potential in one of the globe’s poorest areas.

“During a time of transformation in North Africa, this solar project could advance the potential of the technology, create many new jobs across the region, assist the European Union to meet its low-carbon energy targets, and deepen economic and energy integration in the Mediterranean. That’s a multiple winner.”

Morocco currently imports 97 percent of its energy. The country is committed to a 42 percent renewable energy target by 2020 and has set up a governing body, the Moroccan Agency for Solar Energy (MASEN) to administer the construction and sale of power from the Ouarzazate facility, together with a further four projects in coming years.

MASEN president, Mustapha Bakkoury, says the Ouarzazate CSP plant is a milestone for the success of Morocco’s solar program.

“While answering both energy and environmental concerns, it provides a strong opportunity for green growth, green job creation, and increased regional market integration. The support of international financial institutions, like the World Bank, through development financing but also climate change dedicated financing, is essential to help bring the overall scheme to economic viability.”