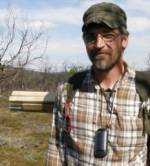 Field testing carried out by Nokia has found charging a mobile phone via a solar panel on the back of the phone is viable in real-world conditions. Sometimes. And if you aren’t a chatterbox.

In Nokia’s test to assess the viability and ease of solar charging for mobile phones, a prototype phone featuring a solar panel embedded in the back cover was developed and tested in the Arctic Circle, in southern Sweden, Kenya and by a team member sailing on the Baltic Sea.

Nicknamed Lokki, the phone was based on a Nokia C1-02 device that included a data logger to report performance.

Nokia says the prototype phones were able to harvest enough solar energy to allow the phone to remain on standby mode but with a very restricted amount of talk time.

The test phone being used in Kenya experienced the best performance. In 59 days, the phone gained enough power from the sun for 20 hours talk time or sufficient standby for 41 days.

The Arctic Circle user obtained reasonably good results when the phone was carried around outdoors; sometimes carrying it in a holder around his neck.

"However, this isn’t necessarily the most stylish or convenient arrangement, and another solution is needed," stated Nokia. An important factor in the Arctic experiment were the 19 hour long summer days.

The Baltic Sea user also experienced good results – however, the solar powered mobile prototype was never moved from the deck of the boat

Nokia’s conclusion : a basic phone can operate with solar power if usage is low and if it is exposed to sun for lengthy periods. A full day’s exposure to the sun will only provide an hour of talk or radio play.

While solar charging alone doesn’t appear to be particularly useful for people with cell phones seemingly surgically attached to their ear, this level of performance could still be very beneficial for people using a phone primarily for emergency situations.

Electricity generation aside, it would have been interesting to see how the prototype Nokia solar phones fared in the sun all day in conditions similar to those that seared some parts of Australia recently.

The Nokia Solar Charging Project blog can be viewed here.