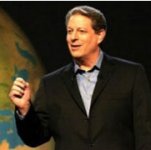 While Australia’s coal industry has distanced itself somewhat from the oxymoronic term of “clean coal”, favouring labels such as low emissions or new generation coal, it was a term that featured heavily in the runup to the recent US elections.

Former US Vice-President Al Gore, a Nobel Prize laureate and the man behind the global warming documentary, An Inconvenient Truth, has weighed in again on the clean coal debate, perhaps shocking some in the coal industry who have perceived him as a supporter of low emissions coal technologies in relation to the long term viability of the coal industry.

In a recent interview with Newsweek, Gore warned that low emissions technologies may show promise, but that it was not an excuse for further coal fired electricity generation  plants to be constructed in the hope they can be retrofitted. Gore pointed out there “is not a single large-scale demonstration [clean coal] plant anywhere in the United States” and that “We cannot allow an illusion to be the basis of a strategy for human survival.”

In another interview reported in the Washington Post, Gore stated “Coal is not clean. It is one of the leading sources of global warming pollution and the technology does not exist today to make it clean on a widespread scale”

Contrary to what some in the coal industry and its investors would like to believe, many high profile environmentalists lending cautious support to low emissions technologies such as the highly controversial process of geosequestration or CCS (Carbon Capture and Storage) see it more as a means to an end – the end of coal, a phaseout of fossil fuels while the world makes the switch to clean renewable energy – not as support for long term continuation or expansion of the industry.;