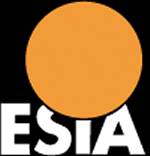 With the cost of solar panels and associated equipment dropping rapidly while gas prices have been rising, solar PV is now competitive with fossil fuel in many Middle East/North Africa (MENA) countries for electricity generation.

According to a recent report from the Emirates Solar Industry Association (ESIA), when oil or LNG prices are above US$13 /million British thermal units (MMBtu) or around $80/barrel oil, solar PV projects become commercially viable – and without subsidies. With solar PV pricing expected to fall further, it will then become a case where harvesting clean energy from the sun becomes an even better proposition.

EISA also points out that in most MENA countries, electricity prices at the consumption end are subsidised – through financial support of the generator or regulated prices well below fuel import prices; or the price at which that fuel could be exported. An example is Saudi Arabia, where oil is supplied to power plants for as little as $2.70 a barrel. This presents an “opportunity cost” loss of around $50 billion annually – over 10% of Saudi Arabia’s nominal GDP.

Given such support, solar power is viewed as uncompetitive – but the loss to the Saudi government and consequently its people through propping up fossil fuel based power generation is massive. Removal of electricity subsidies, or extension of those subsidies to solar power, would level the playing field says EISA.

EISA highlights the fact that  rooftop solar electricity generation fits in well with demand patterns, particularly in the Gulf where air-conditioning dominates the demand curve; much like what occurs in Australia during the summer months.

As we mentioned in an article earlier this week, the impact of air-conditioners in relation peak load in Australia is substantial and the electricity generated at those times by traditional generators isn’t cheap – costing as much as $12.50 per kilowatt-hour wholesale. The hundreds of thousands of residential rooftop solar arrays around the nation are helping to rein in these costs for all electricity users; whether they install solar panels or not.

ESIA’s report entitled “Sunrise In The Desert” can be viewed here (PDF).

ESIA is a non-profit NGO bringing together the region’s solar industry with a goal of transforming the Middle East’s massive solar potential into a commercially and environmentally viable clean energy industry.