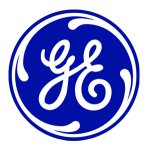 GE Energy Financial Services has announced 2011 was a record year for its global solar power investments, with the company doubling its solar spending commitments in the past year to $1.4 billion, reaching a total of nearly $5 billion in projects.

GE’s reached the milestone after a $100 million investment in a 127-megawatt (MW) project that will be built in Arizona. GE Energy Financial Services says its one-gigawatt portfolio spans 48 solar power plants in six countries: Australia, Canada, Italy, Portugal, Spain and the United States.

Kevin Walsh, managing director and leader of power and renewable energy at GE Energy, believes that this level of investment has helped not only GE but the entire solar power industry grow. “We continue to seek to invest in the best solar power projects – with solid partners, power contracts and proven technology.”

When operational at the end of 2013, San Diego Gas & Electric will buy the power from the plant, which also will help California meet its target of generating 33 percent of its electricity from renewable sources by 2020.

“We started last year with the goal of increasing our investments in solar power given improving solar technologies and decreasing costs, and have exceeded our own expectations by doubling our portfolio, investing in attractive projects across the globe,” says Alex Urquhart, president and CEO of GE Energy Financial Services.