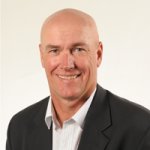 The sharp slump in solar PV prices has caused a dramatic re-evaluation of the technology cost and potential by the world’s largest energy consumers – the US, China, and India – over the last three months.

The latest came from US Department of Energy Secretary Stephen Chu, who suggested in a keynote speech late last week that the US government’s “Sunshot” program launched in 2010 – with the goal of making solar cheaper than fossil fuels by the end of the decade – was no longer just aspirational, but a growing reality.

Chu noted that utility scale solar had gone from $8 a watt in 2005 to $3.80 in 2010, when the cost of the module was $1.70/watt. To get the cost of utility scale solar down to $1/watt, it needs the cost of modules to fall to 50c/watt. In less than two years, it is already down to 93c/watt for silicon-based panel and 80c/watt for cadmium telluride. “We’re more than half way there on module costs already,” he said. “Now we’ve got to do the same on the balance of system costs, and we are working hard on that.”

Once the total system cost gets to $1 a watt, utility scale solar will have a long term cost of energy of 6.5c/KWh. At that point, Chu says, it will be the same price as natural gas, without the need for any solar subsidies. Gas, he noted, was already cheaper than new build coal in the US, thanks to extensive shale gas reserves, as was onshore wind, which also has a declining cost curve ahead of it.

Chu’s predictions means that the government’s of the world’s three biggest energy users, the US, China and India, each believe that the cost of utility scale solar will be cheaper than fossil fuels by 2020 at the latest. In India, because they have to import so much and has lousy transport infrastructure, that cost curve is expected to intersect with five years.

So, what happens next? Most people can possibly guess, but for those who still think it might not mean much, Chu used the example of the transport industry and the introduction of the automobile to illustrate just how quickly an industrial sector can be transformed. Up to the mid 1890s, the US transport industry was dominated by the horse and cart, he noted. By the early 1920s, it was almost all automobiles and trucks.

“It was,” says Chu, “one of the most rapid transformations in the history of industrialisation” – particularly if you considered the infrastructure that had to go with it, such as manufacturing and fuel distribution.

And, like solar and the energy industry, the transport industry was driven not just by better and cheaper technology, but by environmental factors too. “In New York in the 1890s, there were 160,000 horses dropping 3-4 million pounds of manure each day,” he noted. “It had reached its saturation point …. pollution hastened the transition,” he said.

And, of course, there were naysayers. The president of the Michigan Savings Bank told Henry Ford’s lawyer, Horace Rackham, that the “horse was here to stay and the automobile was just a fad.” Langley ignored him and turned a $5,000 investment in the Ford Motor Co into a stake worth $15 million. In 1909, the magazine Scientific American said that the automobile had reached the “limit of its development”.

Little wonder that the vested interests, those with trillions of dollars invested in the current energy infrastructure and energy sources, and the prospect that their unearthed resources will continue to be exploited, are pushing back so fiercely. Any delay in funding programs for R&D and deployment is a win for the fossil fuel industry.

And Congress and the popular media has become a bear-pit of abuse and criticism, where any government program for clean energy support is pilloried, from the loans to solar energy companies, to $14 million grants to algae fuels (which earned Obama the unwanted sobriquet of “pond scum czar”), and most recently, a vitriolic campaign against electric vehicles. In short, anything that threatens the primacy of oil, coal and gas is considered fair game. Sadly, and in a shocking blight against Australian conservative politics, that rhetoric is now making its way across the Pacific.

Chu responded to this – and the continuing witch-hunt over the failure of Solyndra solar company, by drawing on the example of aviation. In 1903, Samuel Langley, with the support of a $50,000 government grant, and another $20,000 from the Smithsonian Institute, made two attempts to make the world’s first piloted flight, and failed. Nine days after Langley gave up, the Wright Brothers (another beneficiary of government grants) made their first flight – about 50 years before their previous predictions. “Members of Congress were outraged,” Chu quipped. “Government can’t pick winners!”

What happened next was instructive. The US actually lost its lead in the aviation industry because 13 other countries, including Germany, France, the UK and Russia, but also the likes of Chile, Spain, Brazil and Bulgaria, invested more government funds into the industry. It wasn’t until after the US passed the Kelly Air Act in the mid 1920s, and allowed private carriers to carry US mail, thus giving the industry a market, that the US regained its leadership.

That is Chu’s inspiration today. The game-changers, he says, will come from both new technology and new manufacturing processes. In response to Scientific American’s conclusion that the car could not evolve, he pointed to Umpqua Energy, a recent winner of the Next Top Innovators Challenge, which has found a way of turning some fuel into hydrogen, cutting emissions by at least 85 per cent, and obtaining a staggering increase in performance of between 40 per cent 100 per cent.

He points to new materials, such as carbon fibre, and titanium, that could revolutionise the environmental and operating performance of a whole host of transport options, mostly through developments in manufacturing. This would occur just as they head in the aluminium sector. What was regarded as a precious metal in the early 1980s, and was produced at $2 an ounce (when gold cost $20/oz), is now produced at 6c/oz, when gold costs nearly $1700/oz.

This, says Chu, will surely be the experience of the energy sector too, particularly in solar. “Henry Ford didn’t invent the internal combustion engine, or the automobile, or even the assembly line. He improved the assembly line. His idea was that to build cars at the lowest cost and highest quality was the way to success.” That he says, is the goal of the “sunshot” ambition. “New materials and manufacturing methods can change the landscape of energy solutions. We have the possibility to create a second industrial revolution that will give us clean energy and a path to a sustainable world.”