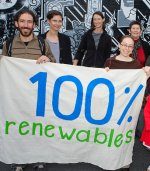 Yarra Climate Action Now is an independent community group based in the inner Melbourne suburbs of the City of Yarra.

The group will be holding a forum concerning the solar project on Saturday May 19th at 11am at the Athol Gill Centre, located at 100 Hodgkinson Street, Clifton Hill. Special guest speaker at the event will be Adam Bandt, MP.

Under the proposal, funds to buy and install the solar panels will provided by the community. An agreement will be formed with the owner of a large rooftop area to host the system. The rooftop owner will purchase the electricity generated by the system and the community investors will receive an annual return.

A co-operative approach to going solar is already common in the UK, where green economy co-operatives are the most rapidly growing part of the UK co-op sector; jumping 24% since 2008. Dozens of initiatives similar to what YCAN’s Energy Working Group  is proposing are already successfully established or under way in Britain.

YCAN says it aims to install a system of up to 100kW capacity.

Another form of community collaboration for going solar growing in popularity in Australia is the solar group buying concept.

By collaborating with others within a local area, a solar buyers group can provide increased buying power and savings. Nearly a hundred solar power systems have been installed by national solar provider Energy Matters in the town of Mallacoota so far based on a solar buyers’ group model.

Melbourne-based Energy Matters runs free community information sessions throughout Australia on the benefits solar can bring to a community and how to take advantage of discounts through the power of solar buyers groups.