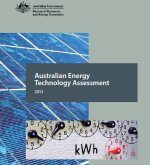 A new report from Australia’s Bureau of Resources and Energy Economics predicts a major shakeup in Australia’s energy mix by 2030.

The report notes differences in the cost of generating electricity, especially the difference between fossil fuel and renewable electricity generation technologies, are expected to diminish in the years ahead.

Some renewable technologies, such as solar PV and onshore wind, are expected to have the lowest levelised cost of electricity (LCOE) of all of the evaluated technologies; including energy’s crack cocaine – brown coal.

LCOE is the price at which electricity needs to be generated from a specific plant to break even and incorporates costs incurred over the life of the plant. LCOE is equivalent to a long-run marginal cost of electricity generation.

The differences will be stunning. LCOE costs for power stations based on solar panels are predicted to be in the region of $86 per megawatt hour by 2050, whereas an IGCC brown coal plant’s LCOE costs will be up to $288/MWh by the same year.

According to the study, PV module costs have a ‘learning rate’ of 22 per cent, indicating that costs will decline by just over a fifth with every doubling of capacity.

“Australia will experience an energy transformation over the coming decades that will have a profound impact for electricity networks, how energy is distributed and on Australia’s ability to meet its targeted greenhouse gas emissions reductions,” says Executive Director and Chief Economist of BREE, Professor Quentin Grafton.

The Bureau of Resources and Energy Economics is a professionally independent, economic and statistical research unit within Australia’s Department of Resources, Energy and Tourism.

The study was undertaken in consultation with a Stakeholder Reference Group drawn from Australian industry and domestic as well as overseas research/academic organisations.