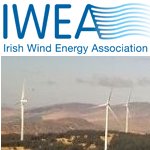 Wind power has the potential to deliver billions of Euros to the Irish economy and unlock thousands of new jobs under a plan to supply the UK with renewable electricity via an undersea “Energy Bridge”.

At its annual conference, the Irish Wind Energy Association (IWEA) unveiled a policy paper: “Export Policy – A Renewables Development Policy Framework for Ireland,” calling on the government to seize the opportunity presented by a predicted shortfall in the UK’s renewable energy needs arising in 2017.

The UK plans to install 18 gigawatts of wind power by 2020. IWEA wants to see a third of that energy coming from Ireland.

Launching the policy paper, IWEA CEO Kenneth Matthews said, “Ireland has the potential and resources to not only meet our own renewables targets but to assist other EU countries in meeting theirs.”

“Renewable energy exporting is a significant national opportunity that needs to be seized. Ireland must create new export-led growth and our policy paper is the first of its kind to clearly outline the framework needed to realise this potential.”

IWEA recommends the Irish government establish a wind industry framework to ensure the domestic renewable market can grow to export levels. The plan would see four gigawatts of wind power produced for the local market and a further six gigawatts for export.

This could deliver up to 18,400 jobs by 2020, with a further 9,000-12,000 jobs added if major wind turbine manufacturers can be enticed to move operations to Irish shores. Under the plan, IWEA predicts €18 billion in investment in the national economy.

Renewable energy company Mainstream has signed a Memorandum of Understanding (MoU) with several international energy providers, including National Grid, which controls the UK’s electricity network, to build and transmit five gigawatts of wind power – from both land-based and offshore wind farms – via a network under the Irish seabed and into the UK.

The Energy Bridge will operate independent of Ireland’s existing electricity network. Irish farmers are in talks with the company to supply land for the development of the first 1.2 gigawatts of phase of the project, which will begin transfer to the UK in 2017.