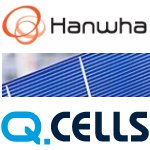 Solar power’s new 900 pound gorilla is in the house. Hanwha Group has officially launched Hanwha Q.CELLS, marking the completion of its acquisition of the German company.

Hanwha Chemical, via it subsidiary Hanwha Solar Germany GmbH, acquired Q-Cells in late August. While many companies set lofty ambitions to become a leading player in their sector,  Hanwha has put its money where its mouth is with regard to that goal – and ahead of its own schedule.

The launch of Hanwha Q.CELLS establishes Hanwha as the third largest solar manufacturer in the world; boasting 2.3 GW of manufacturing capacity.

Q.CELLS started its production of silicon solar cells in the first half year of 2001 with only 19 employees, growing to a workforce of over 2000 people. It was recognised in the Deloitte Technology Fast 50 and was named Germany’s best employer in 2008. In 2009, it was named Business Of The Year by the European Business Awards and in 2010 it won the Sustainable Energy Europe Award.

In spite of the accolades, a high quality product and prior to Hanwha’s acquisition, Q.CELLS announced it would file for bankruptcy earlier this year – a victim of intense competition. Hanwha’s purchase may not only ensure it survives, but thrives.

“The synergies between Q.CELLS and Hanwha offer a rare opportunity to quickly build a world leading solar company,” said Charles Kim. “The Q.CELLS track record of quality, innovation and excellence align with Hanwha Group’s financial resources, manufacturing expertise and global customer network to form one of the strongest solar companies in the world, ready to lead the industry into a new era.”

Ki-Joon Hong, CEO of Hanwha SolarOne and vice chairman of Hanwha Chemical, said the company was “dedicated to making solar the most reliable source of energy on Earth.”