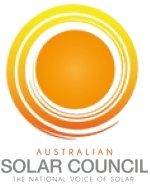 Australian pioneers of solar power are receiving some well-earned recognition via the new Australian Solar Hall of Fame.

“The inaugural inductees in the Solar Hall of Fame include some of Australia’s greatest scientists, innovators and entrepreneurs and collectively represent an extraordinary contribution to tackling global climate change,”  said John Grimes, Chief Executive of the Australian Solar Council.

Mr. Grimes says Australia has “punched well above its weight” with regard to solar research, development and deployment and last year, Australian households installed more home solar panel systems than any other country in the world.

Some of the inaugural inductees to the Hall of Fame include:

“Our researchers are equal to any in the world. Our innovators have created multi-billion dollar companies and laid the foundations for big solar globally, and last year Australia installed more residential solar panel systems than any other country in the world.”