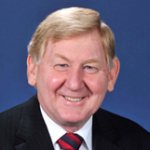 $83.5 million for solar research funding as part of the United States- Australia Solar Energy Collaboration (USASEC) was announced by Minister for Resources and Energy Martin Ferguson on Thursday.

$33 million will go to the US-Australia Institute for Advanced Photovoltaics led by the University of New South Wales. $35 million will be provided to the Australian Solar Thermal Research Initiative, led by CSIRO.

$15.5 million has been allocated to collaborative research projects under the Open Funding Round of the USASEC.

“Today’s funding commitment supports the collaborative efforts being made by our governments to drive innovation, build research and technical capacity, and provide pathways to solar commercialisation,” Minister Ferguson said.

Clean Energy Council Chief Executive David Green said the funding would tap into local and US expertise to further drive down costs of solar power.

“With the calibre of organisations involved with the funding announced today, I am sure we will see quantum leaps in both solar photovoltaic and solar thermal technology in the decades to come – with all the benefits this will bring to consumers,” he said.

While the announcement was generally well received by supporters of renewable energy, not everyone was happy.

Climate think-tank Beyond Zero Emissions labeled the funding a “diversion”.

“While Australia is limiting its large-scale solar energy sector to research, other countries are going ahead and building it – and learning more in the process,” said BZE’s Matthew Wright.

“If Martin Ferguson really supported large scale solar energy, he would have us build it now.”

Beyond Zero Emissions is one of the driving forces behind the push to have Australia’s first large solar-thermal plants with energy storage built at Port Augusta in South Australia.