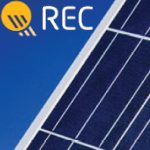 REC has commenced construction on an 8 MW solar park in the north of Bucharest, Romania; building substantially on the existing 20MW capacity the company has sold in the country.

Romania isn’t often in the news with regard to solar, but REC says the country is “a very promising emerging market for solar electricity investments” due to substantial solar resources and a stable regulatory incentive framework.

Matthias Ermer, REC’s Managing Director Systems, says Romania is one of the most appealing markets in 2013.

The facility will be  sold to an investor during construction or upon completion.

In other REC news, the company has announced REC solar panels are not subject to the ongoing European Union (EU) anti-subsidy and anti-dumping investigations as REC modules do not contain Chinese cells or other Chinese solar products.

While this may give REC an edge over competitor module manufacturers, the company has expressed its concern over the situation, stating “a trade war is not in the interest of the European solar industry.”

All crystalline solar panels, cells and wafers imported from China between March 6 and 5 December this year must be registered with national customs authorities; a move that could result in tariffs being imposed retroactively on Chinese solar products as an outcome of the EU Solar Trade Investigations.