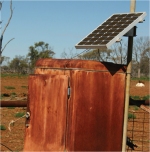 Without stable policies to support renewables, Australian households are at risk of future electricity bill shocks of up to $250 a year  on average; along with a threat of supply interruptions.

Earlier, we touched on a highlight from new report from the Centre for Policy Development showing the positive impact of solar on wholesale electricity prices. The Centre’s report, “Going Solar: Renewing Australia’s electricity options”, has now been released.

While solar power can play an important role in reining in electricity prices and carbon emissions, Going Solar reveals effective support for fossil fuel based electricity generation came to $3.6 billion in 2012-13, more than double the assistance given to renewable energy.

The report lists 5 major benefits of rooftop solar and goes into further detail on each point:

1. It lowers wholesale electricity prices for all consumers, assuming retailers pass these savings on.

2. It provides consumers real choice about their electricity supply and control over their power bills.

3. It can reduce summer peak demand, which may lead to more productive use of existing network infrastructure.

4. It creates a base of consumers actively engaged in managing their energy demand

An interesting point rarely discussed concerning the nation’s retail electricity price woes is the cost that customer churn adds to electricity bills. The report states while competition between electricity retailers is meant to lower costs, it actually adds a significant amount to electricity bills as all consumers pay higher prices to subsidise discounts used to encourage customers to switch retailers – up to $50 a year more.

The report also highlights inequities in Australia with regard to how much some solar households receive for the surplus generated by their solar panel systems that is exported to the mains grid and the continued resistance from some corners to fully embrace solar.

“Rooftop solar has a key role to play in Australia’s transition to a clean, affordable and reliable electricity system,” states the 65-page report. “Powerful interests will resist such change. Policy makers should be guided by the future direction of our energy system, rather than what they see in the rear-view mirror.”