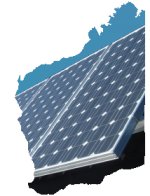 —-
UPDATE 2.30PM – It appears the Western Australian government has reversed its decision to retrospectively slash WA’s Feed in Tariff (FiT) rate; which would have affected tens of thousands of solar households. “Quite simply, we got this decision wrong and we have to fix it,” Premier Barnett reportedly stated. We’ll have a full article on the situation tomorrow morning.

UPDATE 6.45AM Tuesday, August 13. Our follow up article can be viewed here
—-

The knee-jerk reaction by Western Australia’s government to its failure to rein in increasing power prices by targeting households with solar panels could cost it – and the Coalition – dearly.

As mentioned on Friday, the Western Australian Government has said it will retrospectively slash the solar feed-in tariff rate for approximately 75,000 households that installed systems between mid 2010 and mid 2011.

A similar move was attempted by the New South Wales Government in 2011; which resulted in that government on the receiving end of a black eye – and the same fate may be in store for Premier Barnett, amplified by its timing.

The decision could have dramatic impacts on the Federal Election in key seats says Dr. Geoff Evans of Solar Citizens.

“This dramatic double-crossing by Barnett has the potential to change thousands of votes. In Hasluck, there are nearly 20,000 solar owners, and less than 600 votes are needed for that seat to change hands.

Even if this recent announcement doesn’t directly impact these households FiT, the Barnett Liberal Government has set a dangerous precedent. These are families that are now thinking: what else will the Coalition do to our investment and our energy future?”

Solar Citizens, a community campaign advocating for the rights of current and future solar owners, launched a petition concerning the feed in tariff renege late last week that has already gathered over 7,200 signatures and generated thousands of mentions on social media.

In another similarity to the ill-fated New South Wales government grab for cash, Premier Barnett may also face a party room backlash this week says the ABC. It seems Liberal backbencher Peter Abetz has labelled the backflip as “unethical”.

Yet another battle the Barnett Government could experience is on the legal front, with increasing talk of a class action.

So why did Premier Barnett make such a decision, one that history would indicate would be a Really Bad Idea?

According to Perth Now, despite a promise to keep electricity prices “at or around the rate of inflation” (currently 2.5 per cent), budget papers reveal yearly “approved increases” of 7 per cent from 2014 through to at least 2016-17.

Solar has been a whipping boy on many occasions for governments wanting to divert attention or minimize impact in relation to electricity price rises; increases that are mainly due to other factors.

The public reaction to the dual broken promises could result in Premier Barnett and his team having a very busy and very unpleasant week.