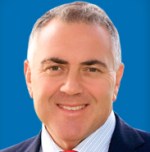 The Australian Government is continuing to ramp up its anti-renewables rhetoric in the midst of a review of the nation’s Renewable Energy Target.

“Well, they say get rid of the clean energy regulator, and we are,” he said. He then went on to say that he finds “those wind turbines around Lake George to be utterly offensive,” and that they were a “blight on the landscape”.

Those “utterly offensive” wind turbines are part of Capital Wind Farm. Opened in 2009, it is capable of supplying clean, renewable electricity to around 60,000 homes and will do so for many years. Capital Wind Farm was built with the assistance of the Renewable Energy Target.

Some commentators have asked that given Treasurer Hockey finds these wind turbines offensive, how he perceives the coal mining and power generation activities at Yallourn in Victoria; which has been likened to the landscape of Mordor.

The Government’s distaste for renewables is crystal clear. However, it was recently revealed the absence of the Renewable Energy Target would result in households collectively paying billions more for electricity. Other benefits of maintaining the RET as is include the creation of approximately 30,000 more jobs and another ~$18.7 billion in investment.

Whether common sense will prevail in the RET review remains to be seen. Australian Solar Council CEO John Grimes states the process is heading to a biased and predetermined outcome.

While Mr. Hockey can’t shut down Capital Wind Farm, Australia’s clean, renewable energy future is at risk – and it’s not just large scale renewables threatened by the Government. There are fears the review will result in the slashing or abolishing of remaining subsidies that help support Australian households purchase solar power systems; perhaps making the best time to go solar right now.