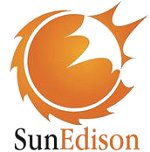 SunEdison announced earlier this week it had secured a US$155 million non-recourse debt financing arrangement with OPIC to be used in the construction of a 72.8 MWp solar farm in Chile.

The project, “Maria Elena”, is located in the Antofagasta region of Chile and is expected to be interconnected this year.  Maria Elena will be one of the largest solar photovoltaic merchant power plants in Latin America and SunEdison will own and operate the plant.

In other recent SunEdison news, the company announced it would purchase 50 megawatts of solar photovoltaic  projects from BlueWave Capital LLC. SunEdison said this transaction would be the largest acquisition of solar assets in Massachusetts history. The agreement includes twelve projects co-developed by BlueWave and SunEdison across the state.

“SunEdison and BlueWave Capital have partnered to lead the rapid development of solar photovoltaic systems across the Commonwealth, and have collectively been instrumental in helping to propel Massachusetts to the forefront of US states in terms of installed solar capacity,” said SunEdison’s Managing Director of Sales, Steve Raeder.

Also in June, SunEdison  announced it had reached a definitive agreement to acquire a 50% ownership stake in Silver Ridge Power, LLC .

Silver Ridge Power owns the Mt. Signal Solar facility in the USA, a 206MW facility that consists of more than 3 million solar panels. One of the major investors in Mt. Signal was Google, which plowed $103 million into the facility.

Headquartered in the USA, SunEdison has solar installations, manufacturing plants and 39 offices located throughout North America, Europe and Asia.