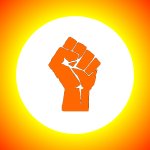 Rhone Resch, President and CEO of the US  Solar Energy Industries Association (SEIA), today urged the US solar industry to throw down the gauntlet in its battle against the deep pockets of the fossil fuel lobbyists, stating " When it comes to engaging in the major policy battles ahead, we face a choice right here, right now. There are two alternatives—and two alone: Go big. Or go home."

Speaking at the General Session of Solar Power International 2009 today, Mr Resch also proposed a solar bill of rights for the USA. He outlined 8 points to be included on the bill to help ensure solar power uptake in the USA continues to grow. Briefly, these are:

2. The right to connect solar energy systems to the mains grid with uniform national standards.

3. The right to feed in tariffs and payments of at least the retail value for any electricity exported to the mains grid.

4. A fair competitive environment for the solar industry. As is the case in Australia, the US fossil fuel industry continues to receive many billions of dollars more government money annually than the renewable energy sector. The US fossil fuel sector receives about USD $70 billion from taxpayers in the form of subsidies every year, whereas the renewable energy industry receives around USD $12 billion.

5. Equal access to public lands as the fossil fuel industry for the solar power sector.

6. The right to interconnect and build new transmission lines for renewable energy.

8. Consumers having the right to the highest ethical treatment from the solar industry.

In his speech, Mr Resch also said "…our opponents are pumping as much haze into the energy debate as they are into the environment. They are spending millions of dollars on lobbying, PR and advertising, and much of it is financing a deliberate effort to discredit our industry. In advertising alone, the coal industry will spend $50 million and the oil and gas industries will spend over $100 million on advertising this year…And guess how much the solar industry is spending on advertising to clear the air: Zero."

The full text of Mr. Resch’s speech can be viewed here.